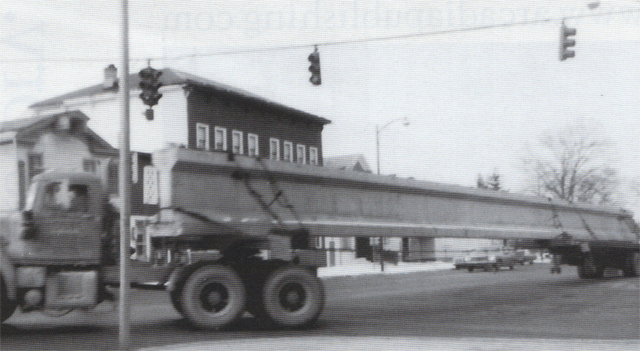 taker, construction of the Aurora Expressway (Route 400) from the NYS Thruway near Buffalo to South

Wales began in 1966. Original plans called for the highway to pass around the west side of the village of East

Aurora, but it ultimately ended up on the east side. A support beam is maneuvered around a tight corner at

Main and Olean Streets during construction.  The Globe Hotel can be seen in the background. 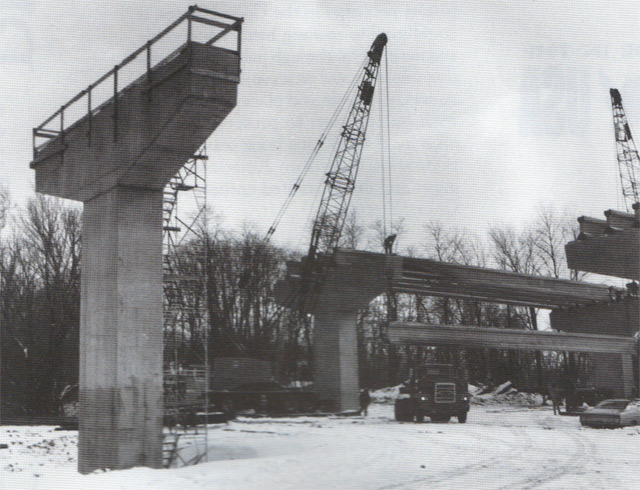 Cranes are used to lift the beams into place on top of the bridge piers in 1969. The ribbon was

cut in September 1971. The expressway drastically cut the amount of time it took motorists to

get to Buffalo, and it quickly became a busy